I’m a sucker for top ten lists, and this year is no different. Below – in no particular order – are the best books that I read in 2017, whether fiction or non-fiction. I hope you enjoy the list, and that you pick one or two of them up in the coming months. As always, the overall order of ranking should be taken with a little pinch of salt, though all of them deserve a position in the top-ten.

With that caveat out of the way, here we go:

10. Admirals (Andrew Lambert, 2008): An unusual choice perhaps, but this spur-of-the-moment charity shop pick-up turned out to be a surprising gem. In essence, it is a collection of biographies of influential British Admirals (excluding Nelson); Lambert details their individual virtues and vices as leaders, and how they both reflected and shaped the Navy of their day. While the book does have a bit of a whiff of old-fashioned ‘Britannia Rules the Waves’ patriotism about it, it is an excellent study of leadership, and Lambert’s tight focus and disciplined writing makes it a fun read. Well worth a try if you are interested in leadership, British foreign policy or naval history in general. 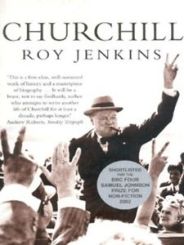 9. Churchill: A Biography (Roy Jenkins, 2001): This monster of a book took me months to read, but it was worth it (I wrote more about it in a previous blog post). An exhaustive account of Winston Churchill’s political life, it is enhanced by the author’s own experiences as a high-ranking politician himself, which leads to some interesting (and amusing) parallels. Not for the casual reader, but a must for anyone who has time on their hands and who is interested in Churchill.

8. Olympos (Dan Simmons, 2005): After reading the first book of this series (Ilium) years  ago, I finally got round to reading the second part this year. Both books are fantastic works of literary science fiction, managing to mix the Iliad, Shakespeare’s Tempest, the poetry of Robert Browning and futuristic posthuman technology into a powerful and clever Space Opera. While the ending of the book falls a little flat after the incredible build-up, overall the series is fantastic, especially if you are interested in any of the literary elements described above.

7. Homo Deus (Yuval Noah Harari, 2016): This book has garnered a lot of attention, and understandably so. It is both a history and a futurological prediction of where humanity is headed. While not perfect, and containing a few questionable conclusions, it is incredibly intriguing and points out some very real concerns that we will need to address in the coming decades. Harari’s clear prose and admirable ambition in creating a book of such scope makes it a fantastic read – if you are interested in the future of the human race, you should give it a look.

6. Tatterdemalion (Sylvia Lindsteadt, 2017): I picked this book up by chance, and am now writing part of my dissertation on it! A strange, but beautiful book (I’m not sure if I could properly call it a ‘novel’), it is essentially a collection of folk tales from a post-apocalyptic California. Lindsteadt merges history, ecology, myth and speculative fiction into a beautifully-written narrative, illustrated by gorgeous images that are central to the whole work. If you like post-apocalyptic fiction, eco-fiction, or simply books that are a bit quirky, this is one for you.

5. Riddley Walker (Russell Hoban, 1980): For my dissertation I also read this book, which is considered to be something of a cult-classic in speculative fiction circles. Essentially a post-apocalyptic novel set in future Kent where a theocratic society informs its citizens of policy through ‘Punch and Judy’ shows, it is written in an odd, made-up dialect of English, called ‘Riddleyspeak’. While not an easy read – not only is it written in a strange dialect, but its themes are quite complicated and require some unpacking – it is well worth it if you are interested in post-apocalyptic fiction.

4. Use of Weapons (Ian M. Banks, 1990): If anyone dares tell you that Science Fiction isn’t ‘literary’ enough, give them a copy of Use of Weapons. A fairly experimental book (the chapters go alternatively both forward and backward in time, to give you an idea), it manages to seem ‘literary’ without being pretentious, and contains the usual Banks mix of beauty, black comedy and shocking horror. Highly recommended, as long as you have a fairly dark sense of humour; it also will ensure you never look at chairs in the same way again….

3. Gates of Fire (Steven Pressfield, 1998): As a few long-term readers might have gleaned, I’m a sucker for historical fiction, especially of the ‘military’ or ‘adventure’ kind. As such, I’ve always considered Bernard Cornwell to be the master of this genre, absolutely without equal. However, with Gates of Fire Pressfield might give Cornwell a run for his money. Essentially a retelling of the Battle of Thermopylae, Gates of Fire is incredibly dramatic, and its world-building is beautiful. Pressfield’s sense of history is masterly, and his portrayal of the Spartans manages to be sympathetic without ignoring many of the distasteful aspects of their culture – he even got me, someone who is by no means a Laconophile, to like them. Above all, Gates of Fire is a story of leadership, comradeship and heroism – no wonder it still remains a key text on the US Marine Corps Reading List. Highly recommended.

2. The Old Man and the Sea (Ernest Hemingway, 1952): Wow. Just, wow. This was the first Hemingway book I have ever read, and it absolutely blew me away. I couldn’t tear my eyes from it, and devoured it in a single sitting. At first glance, it seems absurdly simple: an old man goes out to catch a fish. However, it soon proves to be a masterly account of conflict, masculinity and stoicism, written as a very short novel. Read it and be moved. 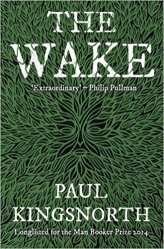 1. The Wake (Paul Kingsnorth, 2014): The biggie for me – I loved it so much that it has become the central feature of my dissertation. A tale of Saxon outlaws – Green Men – resisting the Norman invasion of 1066, it is written in ‘Shadow Tongue’ – essentially Old English made readable for a modern-day audience. Touching on themes of ecology, English identity and personal independence, it is a fiercely-powerful novel that deserves to be read out loud, like an epic saga of old. Go find it and be inspired.

So, that’s what I’ve enjoyed reading this year. What about everyone else?